Where the Ideas Come From

The Treacle Well is an autobiographical novel but no one in it is a real person, and none of the events happened in my own life.

Writers are often asked: 'Where do you get your ideas?' and 'Are the characters in your books based on real people?'

Sometimes I can pinpoint the moment when a new story sprang into being. With David's Sisters I can trace it to a café in the High Street of the small town where my sister and I lived. A visit from our teenage daughters to eat a bit of our cake and borrow money from us (sound familiar?) made me wonder – what if we were two other women, with two other daughters? Marion and Eleanor grew in my mind, I gave them a brother (as we had always wanted, though definitely not the brother I landed my characters with!) and the story began to take its own shape.

I didn't have that moment with The Treacle Well. It began as a different novel about a married couple, Esther and Jack. It trundled along for a while, became briefly dramatic, then crawled into a siding like an unwanted train in Thomas the Tank Engine. I made a few attempts after that, but the only fragment I liked much was a scene with Esther as a child, seated by her younger sister and cousin in a sunny garden, while someone called Caroline read to them from Alice in Wonderland. Esther's family began very slowly to develop. It had a complicated structure with a grandfather who married twice, and Caroline and her brother Daniel were the older half-siblings. I got very confused with birth dates and ages… Finally, Caroline and Daniel revealed themselves as twins, I ditched the grandfather and with remarkable speed the family resolved itself into the shape it has in the novel. Then it came to life.

After that, every time I went for a run or a walk, the characters talked to each other in my head. Sometimes those conversations took me in a new direction, but sometimes – indeed too often – I completely forgot them. Home again, I thought, I'll just have my shower, or feed the cats, or take the washing in, or (worst of all) reply to that email…. Half the day gone and the novel fading again, too nebulous to get hold of, the characters obstinately silent. It's a wonder it got written at all.

There is a point though when a novel achieves its own impetus. Then – happy day – you can't write fast enough for your thoughts tumbling over each other, driving you on.

The Treacle Well came not from 'ideas' so much as from the blending of memory and imagination we all deal with, daily. What a novelist must say to herself is – what if? Another woman getting up in the dark, another little girl opening a garden gate in the dusk and slipping outside, another farmyard, another funeral on a snowy day… What if –

There are several sources for the novel that anyone who knows me well could readily identify. The three little girls form a close unit in childhood, as my sister, my cousin and I did. Like Esther, I spent a lot of time with my grandmother; she and my grandfather had been farmers, if on a much smaller scale than the Livingstones in the novel. Their garden is my grandmother's, and just as in the novel, there were woods opposite the house, with dogs' graves, and a pet sheep at the neighbouring farm. You could say the details are true but the story is not.

The other key source material for the novel is the creed that may have vanished as completely as the digital-free childhood we lived in the 50s and 60s. Farming in the North East of Scotland was a hard life, with no time for idleness or self-indulgence. You were expected to face difficulties with equanimity, and never feel sorry for yourself. The code for children was good behaviour imbued with morality: eat up your dinner, no answering back, no reading at the table (Daddy's doing it!), no eating in the street, no chewing gum allowed, speak properly (i.e. not using the Doric you heard in the street and in the school playground) and so on. The most important rules were never articulated, but always understood. Honesty, hard work, keeping your word and thinking of others before yourself – these were somehow bred in you so deeply that deviation led only to shame and guilt.

Which brings me back to The Treacle Well.

Launched first at Eden Court, Thursday 21 st May 2015, early evening. More details to follow – and of an Aberdeen event too. 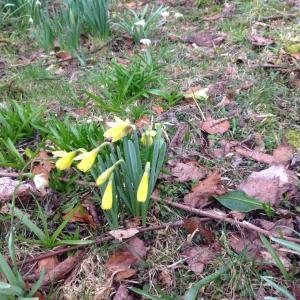