Diary of a Provincial Lady, updated

I've just finished re-reading EM Delafield's hilarious Diary of a Provincial Lady, first published in 1930. Comfort reading, I admit. I'm certainly provincial, so will begin the contemporary diary of a lady who may not have to battle with the Servant Problem, but who is certainly suffering from the Lack-of-Servant Problem. Although her Cook and House-Parlourmaid are awkward and keep giving notice, at least they exist.

Just as we had settled into quiet resignation that there would be no hot weather at all this year, summer arrives. Filled with delight and appreciation and put on sleeveless top. Within hours, am opening all the windows and doors and complaining that it's absolutely stifling. Mr Sparks begins the day in the poly-tunnel but even he realises this is not sensible, and disappears under a bush in the shade.

I bring up the bank website to do some online banking but am flummoxed by the unwonted disappearance of ID number from my login. When I finally track down a copy in a folder of papers most of which have nothing to do with any bank account I currently hold, the bank summarily dismisses it as Wrong. I try again, wildly press several buttons, including one for business banking, give up and enter on the fraught business of Ringing Up the Bank.

Having answered innumerable Security Questions, entered several numbers and yelled 'Just get me a person!' at the recorded voice at least twice, I am finally put through to a Person, a young man who speaks at a thousand words a minute and gives me incomprehensible summary of what will happen next, to restore online banking. However, I will receive none of these instructions in the post before six working days have elapsed, which takes us into next week. I have several bills to pay and am worrying that tradesmen now think I'm a Bad Payer and reputation with them will sink.

Try very hard not to get cross with very young man who by this time clearly thinks I'm an overwrought fraudster.

It comes over me at about 3pm that I've done nothing about supper but feel my sister's advice to google in your ingredients will not result in a recipe that anyone here would want to eat. Cannot imagine what could be done with tin of tuna, lettuce and broad beans, especially as we don't like tuna and it's only left over from being treat for elderly cat, buried last October, memory of whom still reduces me to tears. I hastily cease thinking of recipes and head to butcher for piece of chicken instead. Have of course chosen precisely the time the primary school finishes so end up in long queue behind pushchairs, mothers and excitable small children.

However, since weekend exploratory shop with my daughter, am now intensely interested in prams and examine them all. Not one so far is made by manufacturer the woman in the shop assured us had hundreds of recommendations and had won dozens of awards. Query – could she have been exaggerating to encourage sale and thus commission for herself? Answer – undoubtedly.

Prams, I discover, have altered beyond recognition since daughter – who will soon need this for her own baby – was put in one. Then, you had a single pram with the words Silver Cross on the side, a hood and a waterproof cover if it rained, and a tray underneath for shopping. Now you have a carry cot, a set of wheels (the Chassis), a buggy and a car seat, all of which can be put on and taken off the chassis, with apparent ease (I do not have faith in this). Also a bag for carrying baby paraphernalia, a net, a sort of giant foot muff to fit into the pram and a rain cover. Plus you need to spend a horrifying amount of money on a 'base' to put in the car to fit the car seat on.

We were encouraged to try out several – i.e. wheel them around the shop rather than find a baby to put in. Daughter turns out to be much more proficient at this than I am. Must be out of practice as I keep banging into other prams. Every time daughter asks what I consider a sensible question the shop assistant says, 'Your health visitor will tell you about that.' Refrain from pointing out that daughter is a health visitor, for which she later thanks me effusively.

Must now think what to do with chicken, but will not have recourse to google as obvious answer is chicken salad. 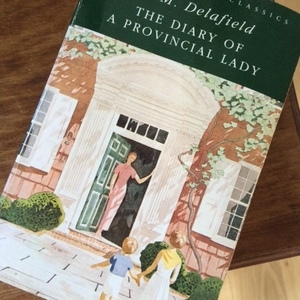