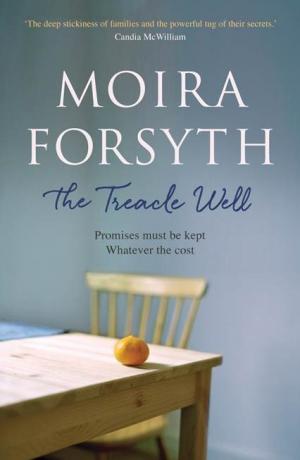 Daniel and Caroline are closest to each other, twins for whom the rest of the world is always distant. After the death of their mother and their father's remarriage they are sent to separate boarding schools, then a dramatic accident when they're students divides them again. The repercussions last for years, as they cut themselves off from the relatives who raised them, the cousins who adore them. Underneath the stable family life their grandparents worked so hard to establish, run currents of insecurity and restlessness, and a secret only one person is able to uncover.

Leaves leap from the ground, reattach themselves to trees, soften and colour, blaze briefly, turn green, then begin to curl up, tighter and tighter, into bud. The sun falls and rises, comes and goes behind scudding clouds. Buildings vanish and older, more complicated structures, then simpler ones, take their place. The sea recedes, the snow softly, softly floats up into a leaden sky.

“‘The Treacle Well identifies the deep stickiness of families and the powerful tug of their secrets. The reader grows more helpless and more vigilant, while also becoming involved with and fond of the characters Moira Forsyth has breathed into life.’ ”
-Candia McWilliam