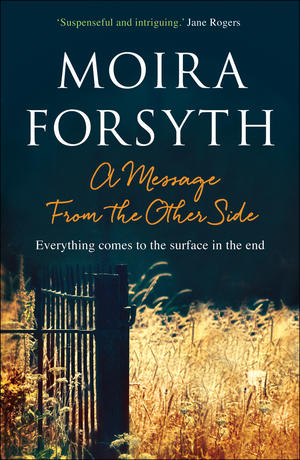 A Message from the Other Side

When Catherine moves several hundred miles away from her sister, Helen says, 'Phone calls aren't enough', but they make it easier to edit the truth. Helen can dismiss Gilbert and his enchanted Factory as 'weird' when she's never met him, and Catherine thinks Helen foolish for loving the unreliable and dangerous Joe. Neither sees the perils concealed in what they have not told each other, or guesses at the sinister connection between their separate lives.

Kenneth went into the kitchen of the house he had left in anger and fear more than thirteen years ago, a house he had come back to only to shut it up, to close it off to Gilbert and Rose who would never come back. The old feeling rose, that sick frustrated anger, that he could never just let out, since the one time he had it had all gone so wrong. On the draining board by the sink under the window, were an open pack of cheap tea bags, a half-full carton of milk and a packet of chocolate digestives.

Someone was here, but he was no longer afraid. A squatter, a vagrant, what? Not Gilbert, at any rate, not with those groceries. Grimly, he smiled. I'll soon sort you out.

“Suspenseful and intriguing, this novel about two sisters who move on from boring first husbands to sexy second ones, offers many insights into the stages of love and loss. ”
-Jane Rogers